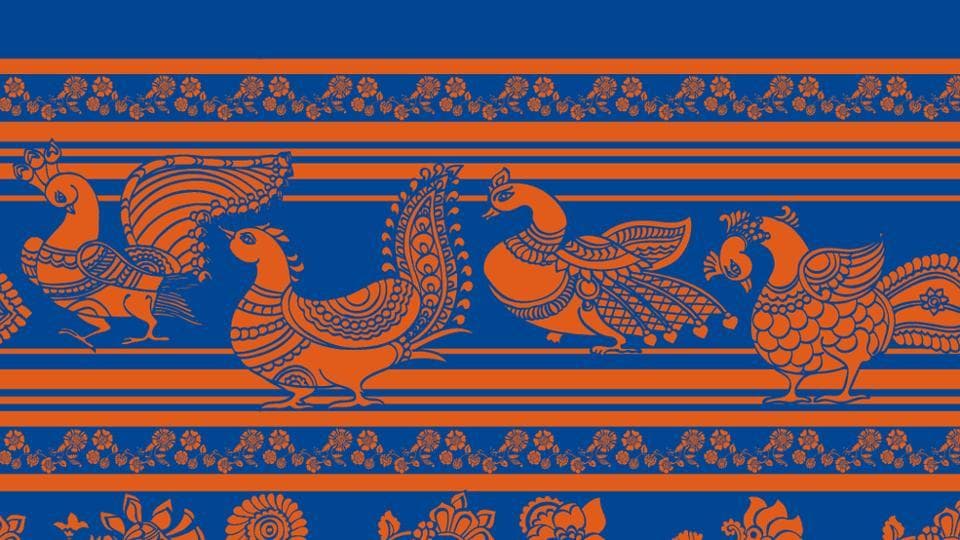 A small town known for the exquisite style of Kalamkari textile printing – which has earned it a GI label – may lose its luster, thanks to a surge in the use of modern and chemical methods that threaten the traditional art of block printing on fabric using organic materials and vegetable dyes.

As you drive through town, it’s not uncommon to see yards of Kalamkari fabric hanging out to dry in the scorching sun, the ambient sounds of nature seemingly bringing trees, birds and animals to life on the fabric.

In 2013, the town of Pedana and its neighboring villages of Machilipatnam, Polavaram and Kappaladoddi in the Krishna district of Andhra Pradesh won the Geographical Indication (GI) label for the production of Machilipatnam Kalamkari, which consists of carving intricate patterns on wood blocks and use these to print patterns on fabric.

However, in order to meet the increasing demands and reduce production costs and time, many villagers began to use chemical dyes and the screen printing method to produce the famous textile style. The modern technique involves digitally creating designs and then making large stencils, which are used in place of blocks.

The name kalamkari is derived from the words qalam (pen) and kari (craft), meaning to draw with a pen. While the Srikalahasti style of the kalamkari describes a freehand drawing with a pen, Machilipatnam Kalamkari uses wooden stamps to create patterns on the fabric.

“What the screen printing method can produce in 40 minutes, block printing or hand painting can take days,” said Varun Kumar Pitchuka, who, together with his father Pitchuka Srinivas, is trying to continue his family business. production of authentic Kalamkari products.

The kalamkari process involves several steps, one of which is washing the fabric in the Krishna River to ensure that the color lasts longer. According to Varun, the river water has the correct mineral composition required to help colors develop and set.

However, chemical dyes used by other producers have started to pollute the river and local farmers are starting to feel the difference in the water. “They (the farmers) think our products are a waste of water. When we tried to take action to stop the use of chemical dyes, local politicians stepped in to protect the interests of other producers. Now the whole Kalamkari community is against us, ”Srinivas said.

The duo set up a small kalamkari museum showcasing the original tools used in craftsmanship and history and their family’s contribution to kalamkari. P Veera Subbaiah, the father of Srinivas was the first to introduce the art of kalamkari to Pedana. “In one day my workers are paid Rs 300 and can only produce two pieces no matter how hard they work. But we are not harming the environment in the process, ”Srinivas said.

In 2003, an American designer visited Srinivas and, impressed with the organic method he uses, began to commission his own creations from father and son. His company ‘Les Indiennes’ markets organic Kalamkari fabrics for home furnishings.

“Indians don’t seem to value their own art form. Most of our market is outside of India, ”Srinivas said. The cheaper inorganic kalamkari, which costs half the price of organic tissue, has conquered markets across India, making it difficult for old producers to compete with the new.

Most producers have long turned to screen printing and chemical dyes to keep them in business. “If this continues, future generations will soon see only original kalamkari in museums,” Srinivas said.

“There is a misunderstanding of the problem. Most people don’t understand why it’s important to support the original art form, ”said Abhiram Natarajan, a 25-year-old B tech graduate working with a Bangalore-based nonprofit 1M1B ($ 1 million for 1 billion ).

Natarajan has spent months traveling from village to village, understanding the problems of local entrepreneurs and finding sustainable solutions. After realizing that Srinivas was among the few people whose practice was environmentally sustainable, Natarajan tried to help the father-son duo gain access to local markets.

“Original Kalamkari was an ancient industry in India which created employment for many people. Today this art form is in danger of extinction, ”said Manav Subodh, co-founder of 1 Million for 1 Billion (1M1B). He said that only 5-10% of the Kalamkari from Pedana and Machilipatnam were original.

Recently, Natarajan helped a startup that sources fabrics for various fashion brands in India to get in touch with Kalamkari organic businessmen. “We hope this will help us connect people in India to the original Kalamkari products,” Srinivas said.