An image provided by Chris Chapman of his artwork Bored Ape Yacht Club NFT, which he had listed for sale on OpenSea, the largest NFT marketplace, pricing it at around $1 million

VSHris Chapman owned one of the most valuable commodities in the crypto world: a unique digital image of a spiky-haired monkey in a space suit.

Chapman bought the non-fungible token last year as a widely publicized digital collectibles series called Bored Ape Yacht Club became a phenomenon. In December, he listed his Bored Ape on OpenSea, the largest NFT marketplace, pricing the price at around $1 million. Two months later, as he was about to take his daughters to the zoo, OpenSea sent him a notification: the monkey had been sold for around $300,000.

A crypto scammer exploited a loophole in OpenSea’s system to buy the monkey for far less than its worth, said Chapman, who runs a construction company in Texas. Last month, OpenSea offered him about $30,000 in compensation, he said, which he declined in hopes of negotiating a larger payout.

The company made “a lot of dumb, stupid mistakes,” said Chapman, 35. “They don’t really know what they’re doing.”

Chapman is one of many crypto enthusiasts who have raised questions about OpenSea, an eBay-like site where people can browse millions of NFTs, buy the images, and put their own up for sale. Over the past 18 months, OpenSea has become the dominant NFT marketplace and one of the hottest crypto startups. The company has raised more than $400 million from investors, valuing it at $13.3 billion, and has recruited executives from tech giants like Meta and Lyft.

But as OpenSea has grown, it has struggled to prevent theft and fraud. The issue that cost Chapman his monkey led to months of recriminations, forcing the startup to issue more than $6 million in payouts to NFT traders. 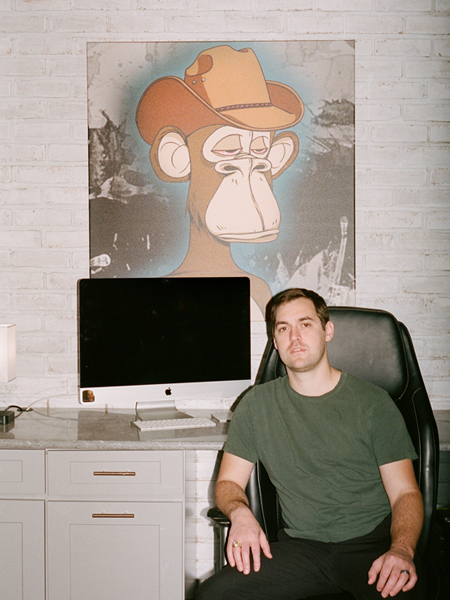 Chris Chapman in his home studio in Houston on April 9, 2022. OpenSea, one of the most high-profile crypto startups, is facing a backlash over stolen and plagiarized non-fungible tokens, or NFTs.

Customers also complain that OpenSea is slow to block the sale of NFTs seized by hackers, who can make a quick profit by returning the stolen goods. And plagiarized art has proliferated on the site, outraging artists who once viewed NFTs as a financial lifeline. The company faces at least four lawsuits from traders, and one of its former executives was indicted this month on charges related to insider trading involving NFTs.

OpenSea’s troubles are piling up just as demand for NFT cools amid a cryptocurrency price crash. NFT sales have fallen about 90% since September, according to industry data tracker NonFungible. OpenSea also faces competition from new markets built by established crypto companies like Coinbase.

The company’s clashes with users illustrate some of the central tensions of web3, a utopian vision of a more democratic internet controlled by ordinary people rather than giant tech companies. Like many crypto platforms, OpenSea does not collect the names of most of its customers and presents itself as a “self-service” gateway to a loosely regulated market. But users increasingly want the company to act more like a traditional business by compensating victims of fraud and cracking down on theft.

In three interviews, OpenSea executives acknowledged the scale of the issues and said the company was taking steps to improve trust and security. OpenSea, which is based in New York, has hired more customer service staff, aiming to respond to all complaints within 24 hours. The company freezes lists of stolen NFTs and has a new filtering process to prevent plagiarized content from circulating on the platform.

“Like any technology company, there is a period when you catch up,” said Devin Finzer, 31, CEO of OpenSea. “You try to do everything you can to accommodate the newest users coming into space.”

OpenSea was founded 4.5 years ago by Finzer, a Brown University graduate whose previous startup, a personal finance app, was sold to financial technology company Credit Karma, and Alex Atallah, a former engineer from the software company Palantir. They are now among the richest crypto billionaires in the world, according to Forbes. 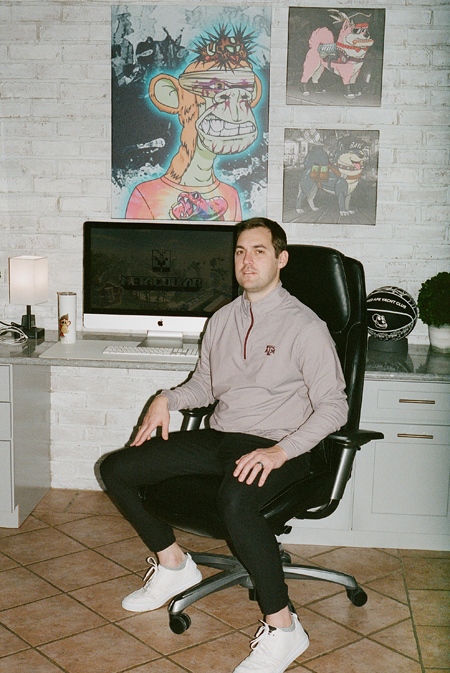 Chris Chapman in his home studio in Houston on April 9, 2022. OpenSea, one of the most high-profile crypto startups, is facing a backlash over stolen and plagiarized non-fungible tokens, or NFTs.

Their business model is simple. OpenSea takes a 2.5% cut every time an NFT is sold on its platform. Last year, business soared as NFTs became a cultural sensation and the value of bitcoin and other cryptocurrencies skyrocketed.

Since OpenSea collects a fee on every NFT sale, some users claim the company has a financial incentive not to crack down on the sale of stolen goods. This year, Robert Armijo, a Nevada investor, sued OpenSea for failing to stop a hacker who stole several of his NFTs from selling one on the platform. (OpenSea’s attorneys called the suit a “non-starter” and said the company acted quickly to prevent the remaining stolen NFTs from being sold.)

In February, Eli Shapira, a former tech executive, clicked on a link he believed gave a hacker access to the digital wallet where he stores his NFTs. The thief sold two of Shapira’s most valuable NFTs on OpenSea for a total of over $100,000.

Within hours, Shapira contacted OpenSea to report the hack. But the company never acted, he said. Since then, he has used public data to track the account that grabbed his NFTs and saw the hacker selling more images on OpenSea, possibly from more flights.

“It’s very easy for these hackers to go open an account there and immediately trade or sell whatever they stole,” Shapira said. “All these guys need to step up security.”

Last month, after The New York Times asked OpenSea about the case, the company responded to Shapira and froze any future sales of the stolen NFTs.

“It’s important to be faster,” she said. “It’s something we’re investing in today and will continue to invest heavily in the future.”

Click here to see Forbes India’s full coverage of the Covid-19 situation and its impact on life, business and economy

Check out our anniversary discounts on subscriptions, up to 50% off website price, free digital access with print. Use promo code: ANN2022P for print and ANN2022D for digital. Click here for more details.