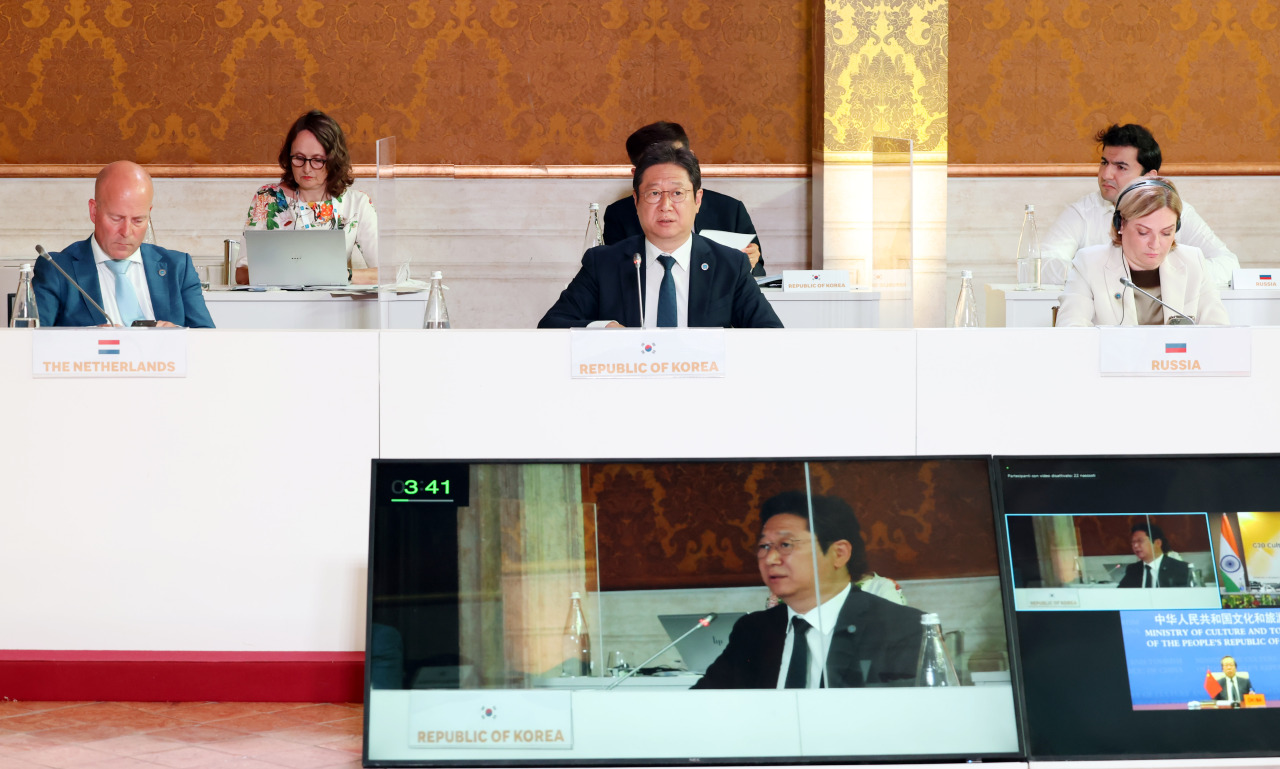 During a two-day event organized under the Italian Presidency of the G20, a total of 40 cultural delegations, including ministers from G20 countries and representatives of international organizations gathered at the Colosseum.

Meetings of G20 culture ministers had been held as a special meeting in the past, but were promoted to a formal meeting for the first time this year.

Hwang delivered a speech on “Digital Transformation and New Technologies in the Cultural Sector”, after receiving an official proposal from the organizers of the G20 Culture Ministers’ Meeting, acknowledging South Korea’s comparative strengths in the sector.

“Social values ​​and roles of culture are developing amid the global health crisis,” Hwang said in his speech at the meeting. “Digital technology will be an opportunity to heal tired minds around the world and bring growth by protecting diversity through cooperation and solidarity. ”

In his speech, Hwang outlined Korea’s major digital cultural policies, including the “Digital New Deal” plan in culture and the arts.

The Minister also underlined the need for joint efforts in the era of digital transformation to overcome inequalities and move towards a more inclusive society.

During the meeting, Hwang met Russian Minister of Culture Olga Lyubimova to discuss ways to strengthen cultural cooperation between the two countries.

Hwang explained how the two countries gained a sense of comfort during the pandemic, exchanging and celebrating each other’s culture through the Year of Korea-Russia Cultural Exchange.

Hwang thanked the UNESCO World Heritage Committee for adopting by consensus a decision expressing deep regret over the non-compliance with the follow-up to the inscription of the Meiji industrial revolution sites in Japan on the World Heritage List , and calling for its full implementation. In addition, the Minister expressed his gratitude for the granting of World Heritage status to the Korean mud flats, “gaetbeol”, on July 23.

Hwang and Azoulay shared the need for mutual cooperation, including the protection of inter-Korean cultural heritage and the participation of artists to arouse the interest of younger generations in culture.

As part of the efforts to prepare the traditional Korean paper “hanji” for inclusion in the UNESCO Intangible Cultural Heritage List, Hwang met with Mario Touretta, Director General of Education, Research and Institutes cultural activities at the Italian Ministry of Culture, laying the foundations for mutual ties.

The minister ended his visit to Italy by meeting Archbishop You Heung-sik, who will take up his post as Prefect of the Congregation for the Clergy at the Vatican from Monday, to congratulate him on his new appointment.

Walmart sells its digital technology to other retailers – Quartz