In Digital technology and democratic theoryeditors Lucy Bernholz, Helene Landemore and Rob Reich bring together contributors to explore how new digital technologies are reshaping our understanding of democracy and democratic theory. This original and important contribution promotes interdisciplinary research on questions of democracy in the digital age, writes Rahel Suss.

How are new digital technologies shaping and reshaping our understanding of democracy and democratic theory? Current discussions on the dominance of global platforms reveal the need to explore this issue further. Regardless of the measure, the edited volume Digital technology and democratic theory is an important contribution to an area previously neglected by democratic theorists. At a time when digital environments are creating new barriers to equal rights and political participation, the volume carefully brings together a range of interdisciplinary perspectives and asks the question: is a digital democratic theory necessary?

Much has been written about the democratic challenges posed by new digital technologies. While scholars of race and technology studies, media studies, and critical algorithm studies have been studying the effects for some time, the silence of democracy theorists is puzzling. The urgency and frankness of Digital technology and democratic theory — edited by Lucy Bernholz, Hélène Landemore and Rob Reich — tries to break this silence. The central aim of the volume is threefold: first, to explore the political consequences of digital technologies; second, to enrich our understanding of the limits and possibilities of deploying digital technologies in the political realm; and third, to study how democratic governance could support the design of new technological objects and infrastructures.

Digital technology and democratic theory is an original work, covering a range of different concepts and practices with remarkable precision. While some scholars aspire to use digital technologies to improve e-voting or go beyond the nation-state to globalize democratic governance, others point to the need for online deliberation and crowdsourcing of expertise. and civic judgement. Still others promote the ideas of technologically autonomous forms of unelected democratic representation or regulatory reforms such as open data and transparency initiatives, a “data tax” and democratic currencies. 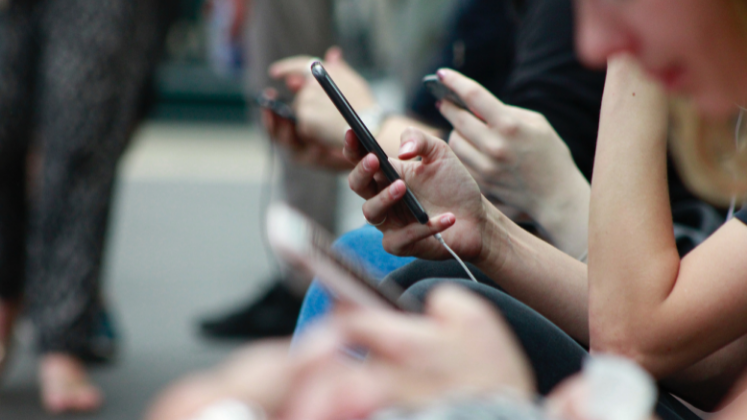 Photo by ROBIN WORRALL on Unsplash

Conceptually, the book oscillates between a Habermasian paradigm of deliberative democracy, a pragmatic lineage, the Schumpeterian model of democracy, and participatory and direct forms of democracy. Some contributors to the volume analyze the intersection between democratic theory and digital technology primarily through the prism of procedural fairness while others stress the importance of the quality of outcomes. Still others focus on the informational conditions of a healthy digital public sphere or aspire to (re-)define citizenship beyond the sporadic activation of citizens as voters.

The volume dwells more extensively on the possibility of a digital public sphere. Following in the footsteps of Jürgen Habermas, in their chapter “Democracy and the Digital Politics”, Joshua Cohen and Archon Fung, for example, characterize the global political problem as an erosion of reason in public life. The ideal of a democratic society that combines “mass democracy and public reasoning” (27) is undermined, they argue, by powerful private corporations, online harassment, censorship, emotional polarization and homogeneous information spaces. As the authors suggest, attempts to build a more democratic digital public sphere must be mindful of “the regulation of speech and powerful private companies; high quality information productions, confidentiality and security; and the creation of a civic culture of responsible and democracy-enhancing behavior” (43).

In chapter two, ‘Open democracy and digital technologies’, Landemore insists on the question of how representative democracy could be reinvented using new digital technologies (65). What primarily interests him is the question of how the key institutional principles of his new model of “open democracy” can be facilitated using digital technologies. While his idea of ​​“openness” refers to citizens having general access to power, key principles of open democracy include “participatory rights, deliberation, majority rule, democratic representation and transparency” (7) . For Landemore, digital technology can advance open democracy because such technologies (namely, augmented reality tools) can enable much larger meetings of “disembodied or reincarnated individuals (using a pseudonym or avatars)” (73). It can further facilitate so-called ‘mini-audiences’ that bring together a ‘random sample of the full set of demos’ (74) for deliberative discussion.

In the chapter “Democratic Societal Collaboration in a Whitewater World”, David Lee, Margaret Levi and John Seely Brown convincingly explore the potential of digital technologies to develop collaborative problem solving. Seen through the prism of John Dewey’s model of democratic experimentalism, they understand “civil society as a collective problem-solving effort and democracy as a form of self-governance” (223) that enhances opportunities for civic learning and participatory problem solving.

Although the editors are right to point out that Digital Technology and Democratic Theory is only the beginning of a scholarly conversation, there is a significant problem with the volume. How power is embedded in new digital technologies is understudied. Although the volume alludes to how digital technologies could affect the balance of power, for example, between experts and others as well as between business and the state, it could have benefited from further exploration. nuanced power dynamics. What is therefore missing is an idea of ​​what the democratic problem in the digital age entails beyond concerns of transparency, accountability and legitimacy.

Undoubtedly, a lot of excellent work has been done by the contributors to the volume on the deployment of new digital technologies in the political sphere. While making digital technologies accountable and readable has become the most effective means of restoring democratic control, validating truth and the public good, the volume overlooks the forms of power that constitute these technologies in their ownership, design and operation. control. According to Cohen and Fung, for example, “Internet companies should help users to behave as citizens by designing their platforms in such a way as to favor the democratic orientation of participants” (50).

While there is much to recommend about what deliberative and regulatory strategies can and should achieve, regulations on privacy and increased participation in data creation and datafication processes do not go far enough. Democratic theorists must also be interested in the social and technical conditions in which digital technologies emerge and operate. The essential task of scholarly work cannot be limited to exploring the informational conditions of a healthy public sphere and the infrastructure of civil society, as suggested in the introduction to this volume. Given that democracy and new digital technologies are twin objects of deep, if ambivalent, attachment in the contemporary liberal imagination, the task of democracy theorists must also expand in two ways: first, by understanding the two terms – democracy and digitization – through each other; and second, by asking how liberal ideas shape and limit how we think about both democracy and digitalization.

Liberal Democrats imagine digital technology through their understanding of democracy, and increasingly understand democracy through their encounter with technology. For example, scholars who imagine digital technologies as democratic often raise the question of how these technologies can help realize democratic ideals of inclusion and equality. What gets insufficient attention in Digital Technology and Democratic Theory, however, are the ways in which these ideals are embedded in a long history of violence and exploitation. So, instead of turning a blind eye to the limits of democratic ideals, any call for designing democratic norms directly into algorithmic systems must accept the way in which those norms have often served to legitimize specific political agreements – granting some freedom to those who are well represented by these standards, while eradicating the experiences of others.

To conclude, Digital Technology and Democratic Theory is an important contribution to a growing field. The original potential of the book lies in the promotion of interdisciplinary research on questions of democracy in the digital age. Thus, for scholars and students of various disciplines, including media studies, social sciences and humanities, as well as engineers, the volume is essential reading.

Note: This article gives the point of view of the author, and not the position of the USAPP – American Politics and Policy, nor of the London School of Economics.

Rahel Suss – LSE
Rahel Süß (@RahelSuess) is a political theorist and visiting postdoctoral fellow at the London School of Economics and Political Science. She is founding director of the Data Politics Lab (Humboldt-University of Berlin) and founder of the journal Engagée.