Thailand has long been a popular tourist destination, with people traveling all over the world to visit. A popular activity for many of these people is visiting an elephant camp. For tourists, it is a memorable, unique experience to be so close to such a magnificent creature. For the elephant, however, it is the experience of a lifetime of torment, fear and punishment. These gentle giants are often perceived by visitors as happy and well cared for due to their calmness. This is far from the truth; these intelligent animals had their spirits broken to achieve this docile outer nature through torment and abuse.

There are so many captive elephants all over Thailand kept in bondage for the entertainment of tourists or used for their brute strength in the logging industry. The clear mission undertaken by Unchained Elephants is to save them, buy them in order to release them in ethical animal sanctuaries. This NFT initiative aims to break the chains that bind these majestic animals and raise awareness of their plight among those who visit Thailand, by highlighting the cruel practices of trekking centers and animal exhibits.

How it all started and the faces behind this NFT project…

The project is the fruit of an army of four. Daniel, the contractor. Vicki, the animal activist. Huesos, the artist, and Chayutra, the organizer.

Daniel is an Ecuadorian-born entrepreneur who has resided in Thailand since 2009. Having developed a tender bond with animals from an early age, he wanted to help them with his unique business ideas backed by commercial technology. His inclination led him to create NFT with a cause to support the elephants.

Daniel is supported in his efforts by Chayutra, a trader of Thai/Finnish origin. Recognized for her sense of organization and her desire to support local businesses, she joined Daniel 11 years ago to create a digital marketing agency in Phuket. After suffering a business crash during the pandemic, they shifted their focus to a company that could help them maintain their business but had an altruistic element. With this idea, Daniel and Chayutra then created an NFT project that could disrupt the existing ecosystem.

To help them in their approach, they were joined by Felipe Donoso, alias “Huesos Negros”, an Ecuadorian artist. Specializing in drawing, illustration, graffiti and digital painting, Huesos was the artist behind the first 99 NFT Original Herds. 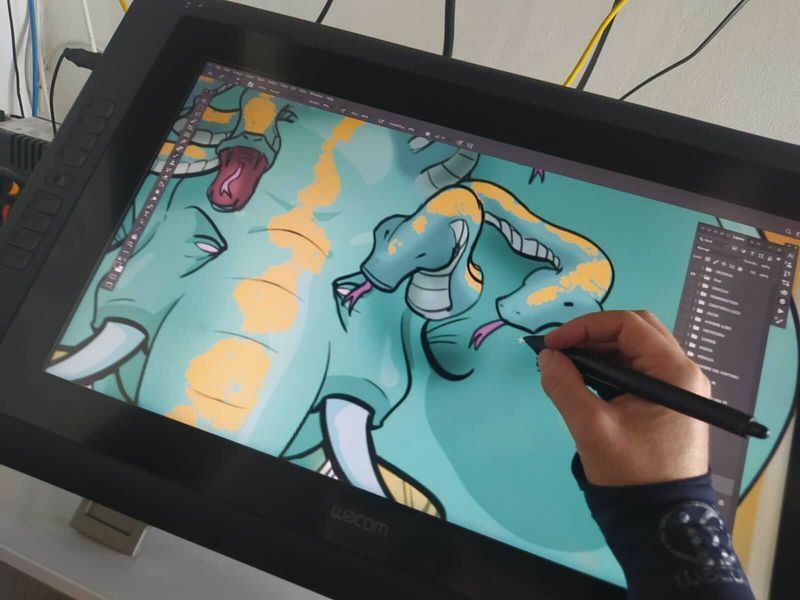 Vicki is an animal rights activist who dreams of living surrounded by nature and actively working to make this planet a better place. Her passion for all animals brought her to Japan, where for many seasons she actively watched the hunting, killing and capturing of thousands of dolphins each year in Taiji, The infamous Cove. This “Dolphin Project” organization was formed by the famous Ric O’Barry, an animal rights activist known in the 1960s for capturing dolphins and training them for the television series Flipper. Vicki has a special love and connection with elephants, which led her to Unchained Elephants. The mission of the project immediately resonated with her. She is passionate about raising awareness and has worked closely with elephants for over six years.

How would Unchained Elephants leverage NFTs to help elephants?

NFT Raging Elephants Art is a cause-driven project aimed at bringing real change to the livelihoods of Asian elephants. The developers aim to encourage a community to one day create a refuge for these creatures – an area spanning hundreds of acres of tropical landscape, where elephants would be free to roam, bathe, feed and dwell. to exist free from the harsh conditions of their past lives. 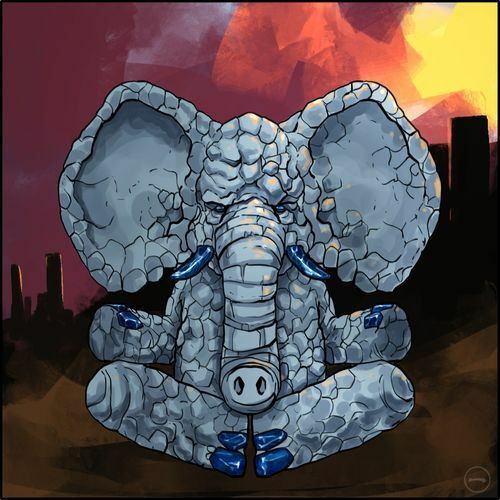 Although the end goal is to create a sanctuary, the project, for now, is focused on rescuing and buying these captive elephants to release into sanctuaries. While educating travelers about the circumstances in which these animals currently live in order to transition elephant tourism in Thailand. 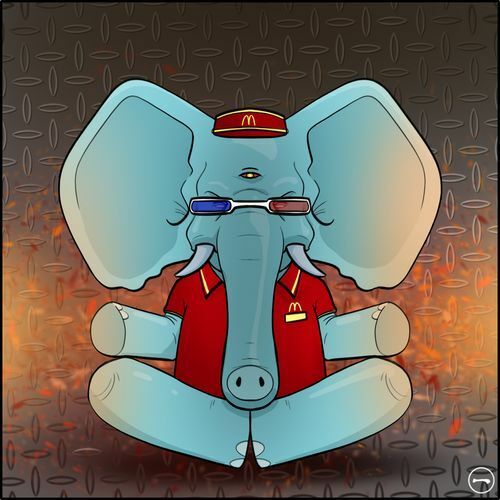 “Tourist education is key,” say the promoters. Through awareness raising, light can be shed on the circumstances in which elephants currently live. Starting this NFT project will create a domino effect – a chain reaction that will strengthen and expand the community and spread awareness far and wide.

“A sanctuary provides a safer way for these creatures to exist,” the developers continue, pointing out that releasing the elephants into the wild could lead to their recapture and trade, putting them back to square one.

“An exclusive community of travelers, with a mission to unleash and save working elephants.” 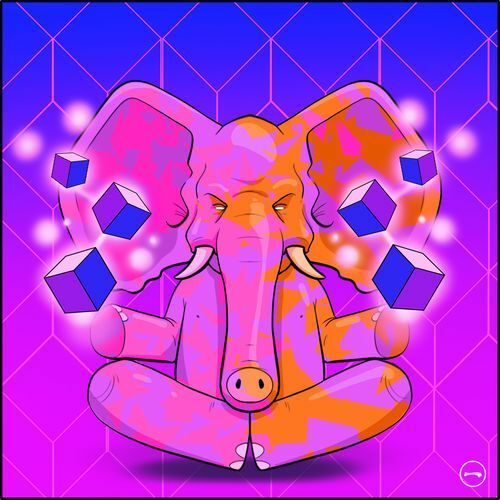 Unchained Elephants is an NFT project that puts its generous heart on its sleeve. However, it does not shy away from providing long-term benefits to crypto holders. In addition to making NFT holders the sponsors of rescued elephants, they also give holders exclusive access to their travel club. Where travelers can enjoy additional privileges such as discounts and other travel benefits in excursions, restaurants and accommodation in Phuket. They will also receive a rescued elephant adoption certificate. Each NFT holder will have the opportunity to experience a close encounter with their rescued elephants, at one of the elephant sanctuaries. Other utilities and privileges include; get an organized Phuket tourist guide, be allowed to be listed for future drops, and receive discounts on EU merchandising. 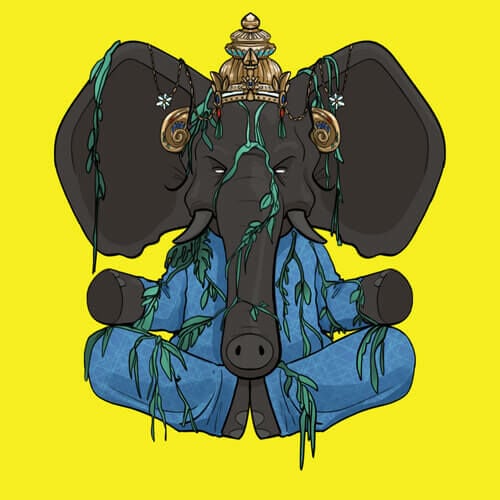 Going against the grain and embracing a marketplace that offers negligible gas fees and low transaction fees, the founders chose OnXRP as the marketplace to mint Unchained Elephants NFTs. Unlike most NFT projects, one of the things that stands out the most is how easily Unchained Elephants makes it easy for anyone to join their cause and purchase an NFT. With live support available for anyone who wants to support their project. 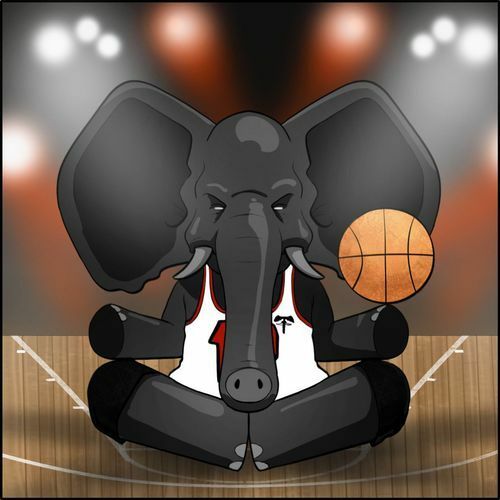 What’s next for Unchained Elephants?

Their ultimate goal is to purchase a large piece of land in Thailand, where the rescued elephants can roam freely in a safe and protected environment. And one day expand to other endangered creatures like tigers and crocodiles.

Unchained Elephants (EU) is a project that would resonate with those who want more from their NFT Arts. NFTs have always had the potential to give weight and voice to social causes. UE is the last of these projects, but it will not be the last.

Like any other social cause project, their mission cannot be achieved by itself. It is only through generous support and faith in this mission that they can truly have a significant impact on the welfare of elephants in Thailand, and one day throughout Asia. Join their cause and make a difference by simply taking the first step to subscribe to their newsletter.